What People Are Saying About Music4Life 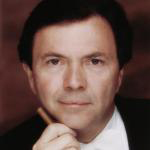 “This wonderful program (Music4Life™) begins with children in elementary school at a time when, if they’re interested and talented in any way, they have the greatest chance of success. Many people tell me of the impact that direct knowledge of instrumental music has had on their lives. We intend to give this advantage to all our children.” 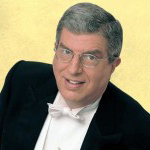 “Statistics and research overwhelmingly demonstrate the effectiveness of the arts in improving skill levels, test scores and overall performance of students. But if you sift through the rhetoric to the research you will find that the arts are both a desirable and necessary part of a well-rounded education.

“A recent report by the President’s Committee on the Arts and Humanities entitled ‘Coming Up Taller,’ finds that ‘Safe havens of music, theater, dance and visual arts programs have proved particularly potent in stemming violence and drug abuse, and in keeping students from dropping out of school.’. The report confirmed a significant correlation between arts education and improved academic performance and test scores, increases in student attendance, as well as decreases in school dropout rates.

“Yes, we live in the ‘real world’ now, a world of budgets and bottom lines, bills to pay and jobs to do, family duties and household chores but without strong minds and strong hearts, we will never be able to fulfill all of these responsibilities. This ‘real world’ will be shaped and guided by us, and by our children. And who we are, and who our children will become, is directed by the education we receive. Without a strong education in the arts, all of us, our entire society, shall be the poorer and weaker. Now is the time to make sure that our dreams, and our children’s dreams, can become a reality.” 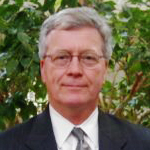 “As a 10-year-old, I was growing up in Viroqua (veer-OH-qwa), Wisconsin, a small (3,500) town in rural southwest Wisconsin, hardly big enough then or now to fill even one section at Safeco Field. Just into sixth grade, my father had died recently. My mother was blind, as she was to be much of her life. And I had a disabled younger sister at home. My three older brothers were grown and gone. I had become ‘the MAN of the house.’ Somehow we were scraping by on Social Security.

“Left largely to govern myself, I was getting into trouble and hanging out with the wrong crowd. In Viroqua at that time, that meant nothing much more than throwing tomatoes at passing trucks at night and sneaking into the local theater. But I was a kid headed for trouble. Maybe big trouble.

“And then Emory Nordness stepped into my life. “Nordy,” as we all affectionately called him, was the high school band teacher and put a tuba into my hands. He took me off the streets and gave me something meaningful, fun and positive to do with my time. And to this day I believe he literally saved my life. He and instrumental music. Because Nordy also opened the wonderful world of music to me, something I’ve continued to enjoy and appreciate for the rest of my life. My second, long-term life.

“For quite some time, I wondered how I could adequately thank him and others who had helped me along my way. Somehow, “thank you,” even earnestly spoken, just didn’t seem enough. And finally I realized what I could do: Pass his gifts on to other kids.

“And that’s why I became a co-founder of Music4Life. It gives me an adequate way of saying thanks to Nordy, to recognize his gifts, to do something meaningful in my adopted community in the Pacific Northwest and to have some fun along the way. Thanks, Nordy.” 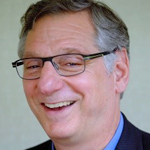 “What I like about Rotary District 5030’s support of Music4Life is that we’re enabling people to pass on their passion for music to kids who are just developing theirs.

“I am proud that Music4Life continues to be endorsed as an Official Project of Rotary District 5030 and of the positive role we’ll play in a child’s development.”